Rachael received her B.A. in 1996 from The Ohio State University, where she graduated magna cum laude with honors in the liberal arts. In 1999, she received her J. D. with honors from The Ohio State University Moritz College of Law. After practicing in the areas of business litigation and white collar crimes for ten years, Rachael decided switch her focus on nonprofit fundraising and management. In 2011, she joined Prayers from Maria as a volunteer and Board Member, and in 2014 was appointed the foundation's inaugural Executive Director. In 2018, Rachael went back to practicing law at Roetzel & Andress. In addition to working to enhance awareness and generate research funds for children's gliomas, Rachael enjoys spending time with her husband and two daughters. 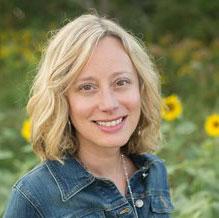