Megan graduated from Marquette University with a liberal arts double major in Spanish and English and earned a minor in Philosophy. As an AFS student she attended the University of Sevilla and went on to attend the University of Madrid, Spain her junior year of college.

Her continuing desire to learn about other cultures and ways of life and to delve in completely through the language lead her to serve in the Peace Corps in Thailand from 1992-1994. During her 2 ½ years of service, Megan traveled to Calcutta, India to work with Mother Teresa. Megan adds, “I have always had a desire to serve, to know and understand others of different walks, backgrounds, and cultures.  When I was young, I had a particular desire within me to give back to others and to learn from them as well.  Mother Teresa was a very big example and role model to me.  My experience observing Mother Teresa and serving the beautiful people in her homes who were either dying, diseased or sick physically and/or mentally had a major impact on my life as well as did the people I served in Thailand.”

Once back in the U.S. Megan was a pioneer on the Internet Team at Progressive Insurance, obtaining 3 patents.

In 2006, Megan’s 6-year-old daughter, Maria, was diagnosed with a deadly brain tumor with no hopeful treatment or cure. Maria was given 10 months to live and succumbed to the disease a year later after finishing her first grade year. Inspired by her daughter’s battle with the disease and the tremendous love that Maria had for her fellow friends suffering from cancer, Megan co-founded the Prayers from Maria Foundation with her husband Ed in 2006 with a mission to put childhood cancer at the forefront of the battle against cancer. 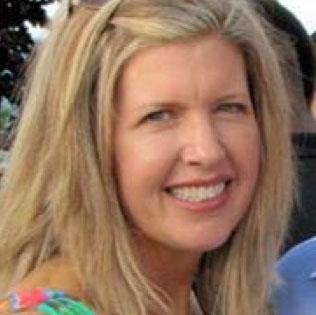